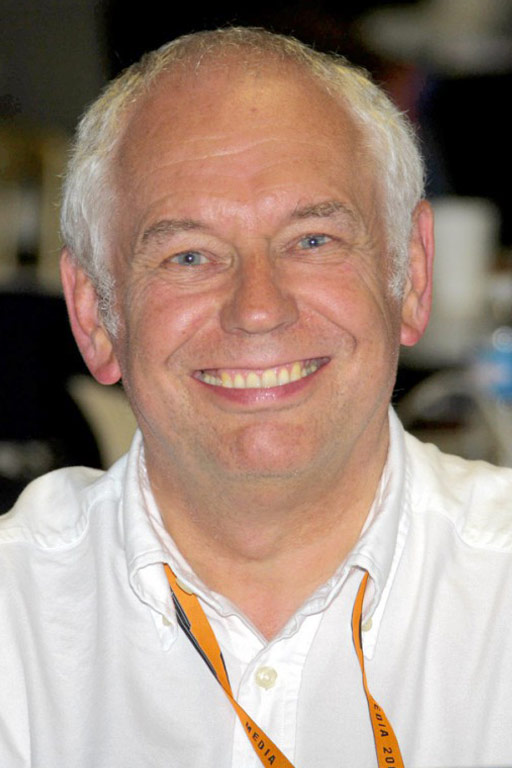 Martin is one of the most knowledgeable people in the world on grand prix motorcycle racing with an archive and data base to match that knowledge he has acquired over 40 years following the sport.

Martin Raines has been involved in motorcycle racing for over 40 years. From 1996 – 2017 Martin produced the official MotoGP statistics for MotoGP rights holders Dorma, that were distributed to teams, media and TV commentators world-wide.

He has compiled results and statistics for a number of MotoGP books, magazines and newspapers. He was joint author with Julian Ryder of the MotoGP Source Book – the official 60-year history of motorcycle grand prix racing.

Away from the MotoGP paddock Martin is Director of engineering consultancy and software company CapraTechnology that has developed capable design techniques used by a number of high profile manufacturing companies.

The first Grand Prix to be held at Silverstone was in 1977, when the British round of the world championship was moved from its previously traditional home of the Isle of Man TT circuit.  The [...]

Where have all the Aliens gone….

“Those guys are riding as if from a different planet…” this was the comments made about a select group off riders in MotoGP, who every week seemed to be in a class of their own. [...]

Here are a selection of the best motorcycling books that you can enjoy while we #StayAtHome. Which books would you have on your list? Nick's picks: WAYNE RAINEY HIS OWN STORY – MIKE SCOTT I will [...]